NASA, Oceans Melting Greenland is a five-year mission.  The mission is to explore ice melt and warming oceans.  NASA wants to seek out Solutions and causes.  Scientists boldly go where water meets the ice!!

I started studying the oceans and especially how the oceans helped shape our climate.  To me, climate change is really one of the most and kind of compelling things going on on the planet.

Now I am the lead NASA scientist for the satellites that measure sea level rise from space.

It's really cool. These satellites fly along and they have a radar just like the cops use. This satellite bounces a radar wave off of the ocean and it comes back up.  The satellite measures how long it takes to go down and come back. That tells the satellite very accurately how far away the sea water is.

So then you need one more piece of information and that is the location of a satellite. If you know where the satellite is and how far above the Earth it is and how far it is down to the water then it tells you sea level essentially.  It measures how tall the oceans are. These satellites are so accurate that they can measure a change in sea level of about 1 inch from 800 miles up. 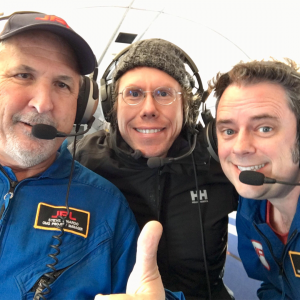 It's kind of an interesting story. The first one satellite was called Topex Poseidon and it was launched in 1992.  It was the first time the United States teamed up with the French space agency called CNES.  CNES and NASA together launched the satellite and ever since then there have been several more. There was Jason 1, Jason 2 and now Jason 3. We are working on the next set of Jason missions right now to build them and launch them.

But each one has continued measuring how sea level has changed.  It's not just NASA and the French space agency it is also Noah the National Oceanic And Atmospheric Administration here in the United States. A similar agency called EUMETSAT which is the European Meteorological Satellite Agency.  And now ESA which is the European Space Agency are all teaming up to continue building these satellites.

(Launched in 1992, TOPEX/Poseidon is a joint venture between CNES and NASA that measured ocean surface topography to an accuracy of 4.2 cm, enabled scientists to forecast the 1997-1998 El Niño, and improved understanding of ocean circulation and its effect of global climate.)

(EUMETSAT is the European operational satellite agency for monitoring weather, climate and the environment.)

(The European Space Agency (ESA) is Europe’s gateway to space. Its mission is to shape the development of Europe’s space capability and ensure that investment in space continues to deliver benefits to the citizens of Europe and the world.)

So it is a huge International partnership. And in part that is a reflection of the fact that measuring global sea-level rise is such an important thing to do.

But out in the future the big enchilada is going to be the ice sheets in Greenland and Antarctica. Understanding how fast those are melting and adding the extra water to the ocean is the real challenge for figuring out what is going to happen in the next hundred years.

And that is how we came to do Oceans Melting Greenland.

OMG came about because NASA has a program called Earth Ventures. This is a set of missions that get funded by NASA that are driven by principal investigators like myself.

With OMG we essentially fly around Greenland, measure the oceans using these sensors that we drop out of a plane.  These are little probes that do measurements of the oceans and the ice.  We've watched the two change together over time.

The ice in Greenland is so heavy that it actually pressed the land down. A lot of these glaciers sit below sea level in the ocean.

This is why oceans are melting Greenland. 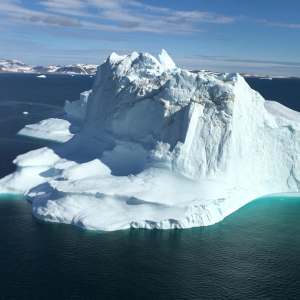 Are You Ready For This Shift On Our Planet?

Like most NASA missions, Josh Willis makes data public as soon as it’s been processed.

Personally, it’s important for climate science because we are all in this together.

Greenland is a very large country in terms of its area but 55 thousand small in terms of people. Many are descendants of Inuit.  Native people whom have lived on Greenland for thousands of years. They are very aware that the climate change is altering their way of life.

They are already beginning to see some effects of climate change and how it affects the wildlife. There is a sizable commercial fishing industry there as well that they are working hard to maintain sustainably. It’s affecting the way of life. It is going to continue to do so.

Make no mistake.  Climate change is a massive shift of our planet. And our civilization is built on the climate that we have had for thousands of years.   It’s going to have massive consequences.

There will be huge difficult realities to deal with.  It is a question of how bad do we want it to get.

The changes are almost going to have no benefits. There's not going to be much benefit to climate change but mostly it will be expensive to deal with in terms of dollars and in terms of lives. So it is a real crisis and one that we have to figure out how to address. The best way to address it is to avoid it as much as we can.  There's going to be some climate change but we have to decide how much and less is definitely better.

Elvis has always been somebody that I have admired and have enjoyed.

When I got older I rediscovered Elvis.  Climate Elvis was something that I had sort of dubbed myself.

My Climate Rock video was a way to connect these different worlds that I live in.  Science and entertainment.

I fell in love with it all over again and I have this secret nightlife where I go out and perform.

Seven or eight years ago I re-discovered my love of theater.  I started taking improv classes at the Second City School in Hollywood.  My reasoning was to better communicate about climate change and global warming.  I felt comedy was a natural way to do it.

For me, comedy is a natural language because I enjoy laughing. I enjoy getting other people to laugh. But I think for such a serious topic like climate change it helps to break the ice so to speak.

Let’s talk about what we can do about it to begin to accept that it is really happening and I feel like a good laugh and and an old Elvis song is the way to go. 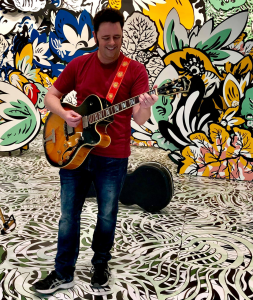 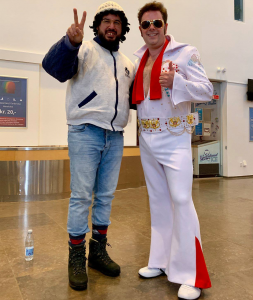 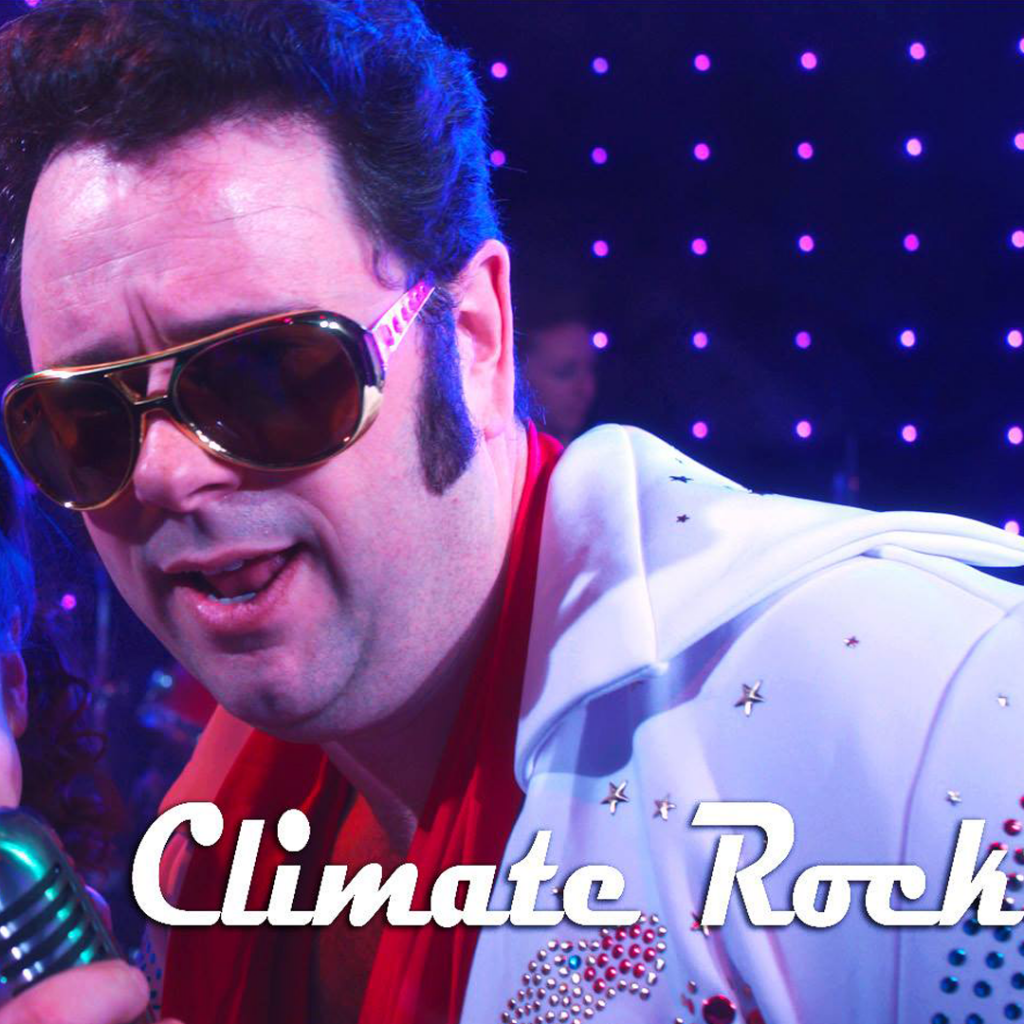 You can sign up for Your Positive Imprint email updates from me below.  I send out inside episode information and updates!

After you sign up you will receive an email to CONFIRM your request.

Please enter your name.
Please enter a valid email address.
Yes, I want to receive emails about your podcast

Thank you!  You're almost done!!  Please check your Inbox for a Confirmation email. Just click CONFIRM and you will receive podcast emails from me.  Sometimes I share 'behind the scenes' information with you.  Thank you again!!  Catherine

Something went wrong. Please check your entries and try again.

← I promised to take care of the catWhat Outdoors Opportunities are Around You? →